Interesting year, 2019. Kind of trashy in a lot of aspects, but the videogames were amazingly good! 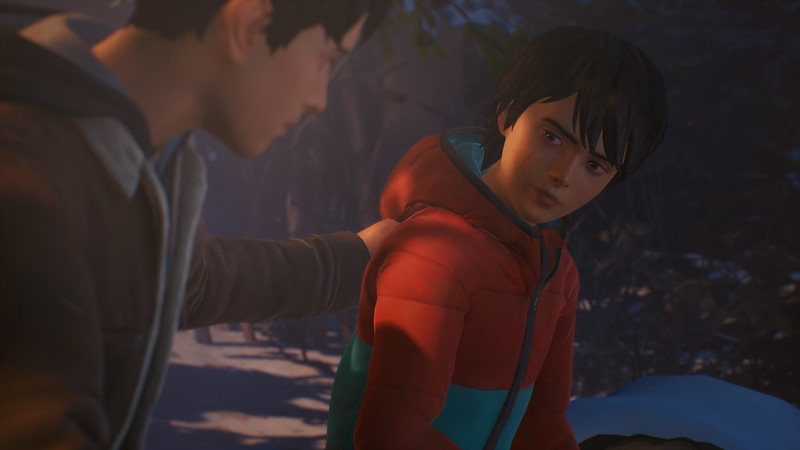 (image in public domain from Instacodez)

I've played the remaining episodes (2-5). I liked it, but it left much less of an impact than the first game. I still keep coming back to Life is Strange in my thoughts whereas I've mostly stopped thinking about LiS2 when I wasn't playing it.

The ending was really well done though. I kept wondering how are they going to wrap it all and give it a nice feel-good American happy ending. And... they did something that makes much more sense and was more fulfilling.

I was not feeling happy after I'd played it. It's not that kind of game. But I felt I was a good brother to Daniel and that I did the best job I could protecting him under the circumstances: being on a run from the police, unable to come forward and explain what happened, surrounded by adults who are all even more stupid that your 16 year old self.

Seriously, all the adults in this game. The whole fucking lot. Ridiculous stupid idiots. I guess that's what a good coming of age story should feel like, but it was so frustrating! The first adult you meet is the last responsible person in the game.

I did like the little throwback they did to the first Life Is Strange in the final episode.

So yeah, good game, but the first one had much more of an effect on me. Also, no time rewind in this one so it's clearly inferior.

(image in public domain from crpgbook)

I finally got around to playing this after so much anticipation and then bouncing off when it came out. I liked it! Took me a while to get to and it's a little jankier than I'd like games to be, but hey it's an indie RPG, you can't expect much!

I've definitely enjoyed the writing and while I did have plenty of combat (that I didn't enjoy much) along the way, it does feel like the game supports a nice little noncombat route and I'd like to try that sometimes. 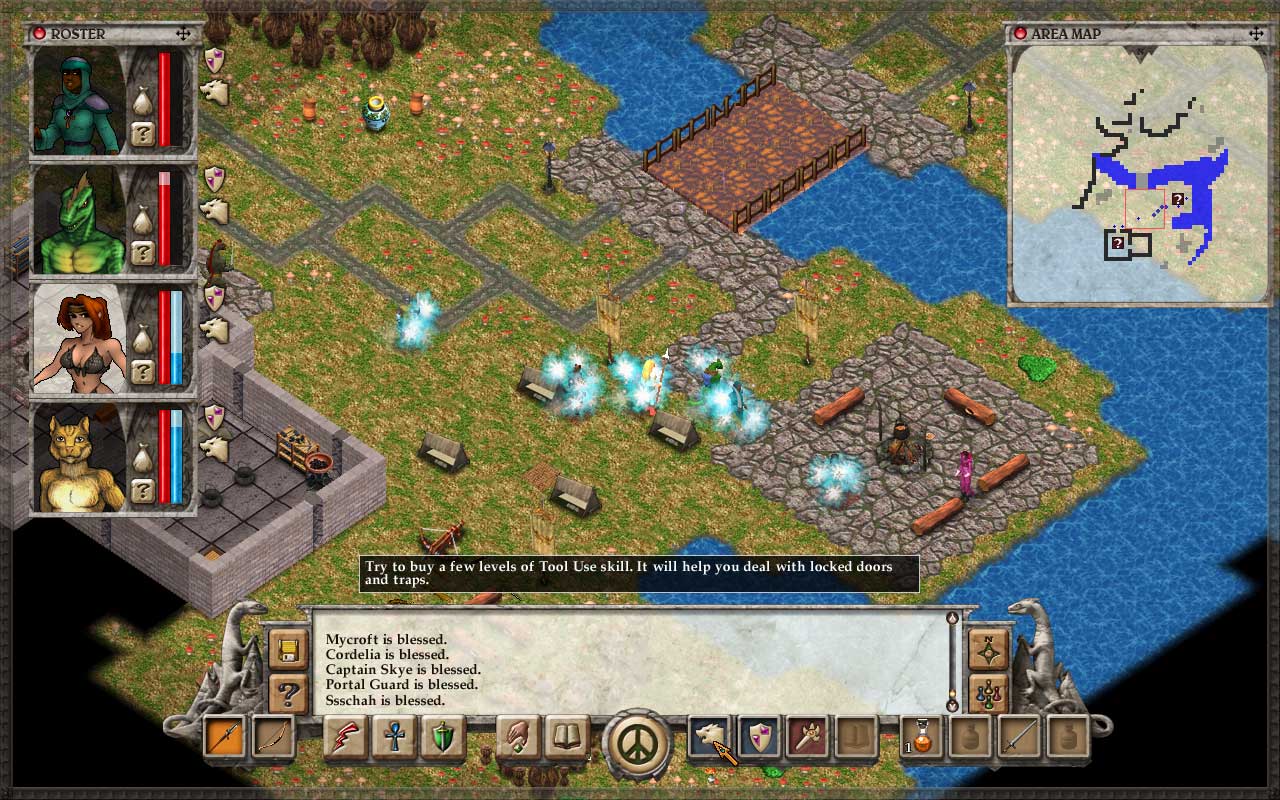 I have finally finally finished this thing. I bought the game in 2011, played it several times, lost the saves, started from the beginning and got into this endless loop. No more! The loop has been broken and the Avernum saga brought to an end.

I've only played the first and the last game so I don't know much about what happened in between, but the game had plenty of hints and really, each of these games is perfectly standalone.

And massive. These games are absolutely ridiculously huge. What they lack in the graphics (the UI and gameplay is pretty polished, but the games do not look like much) they absolutely make up for with the content. Most of which is really good! I'd played a bunch of these wordy large indie RPGs and they mostly never stick where Spiderweb Software's games just did.

I like the world, the setting, the quests and the words. It's not absolutely amazing, but it's sort of this super solid thing where you've always got stuff to do, monsters to kill and loot to collect.

But I'll probably take some break from Avernums for a little while :-). Like I said, they're massive and I actually like to finish games. 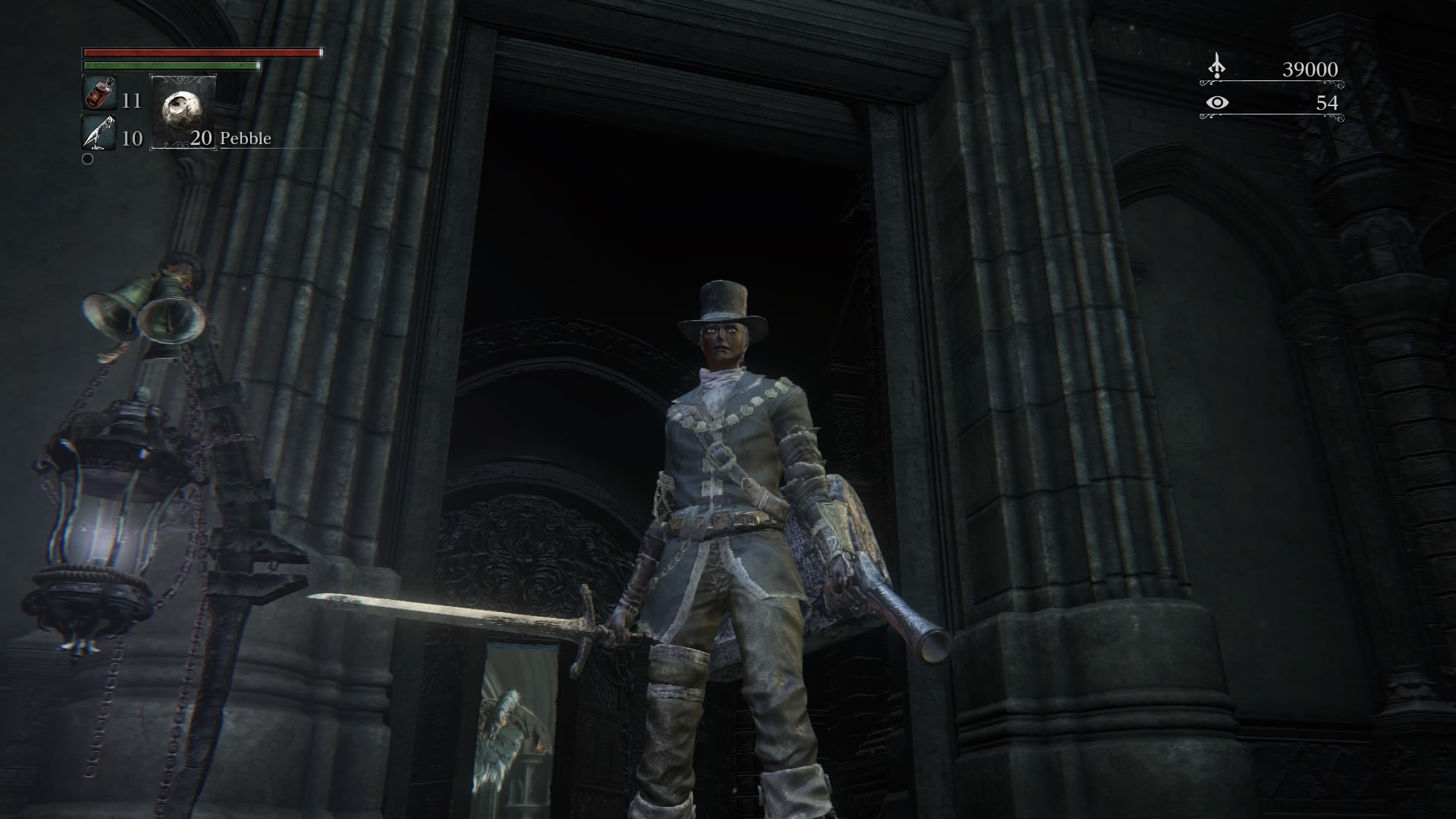 (screenshot taken by yours truly; CC0)

It has finally happened. I bought a PS4 just to play Bloodborne. And oh my god it was so fucking worth it. I've had so much fun. It's got everything I loved about Dark Souls with a new really fascinating world to explore and a fantastic atmosphere.

Bloodborne is one of the best games I've ever played. 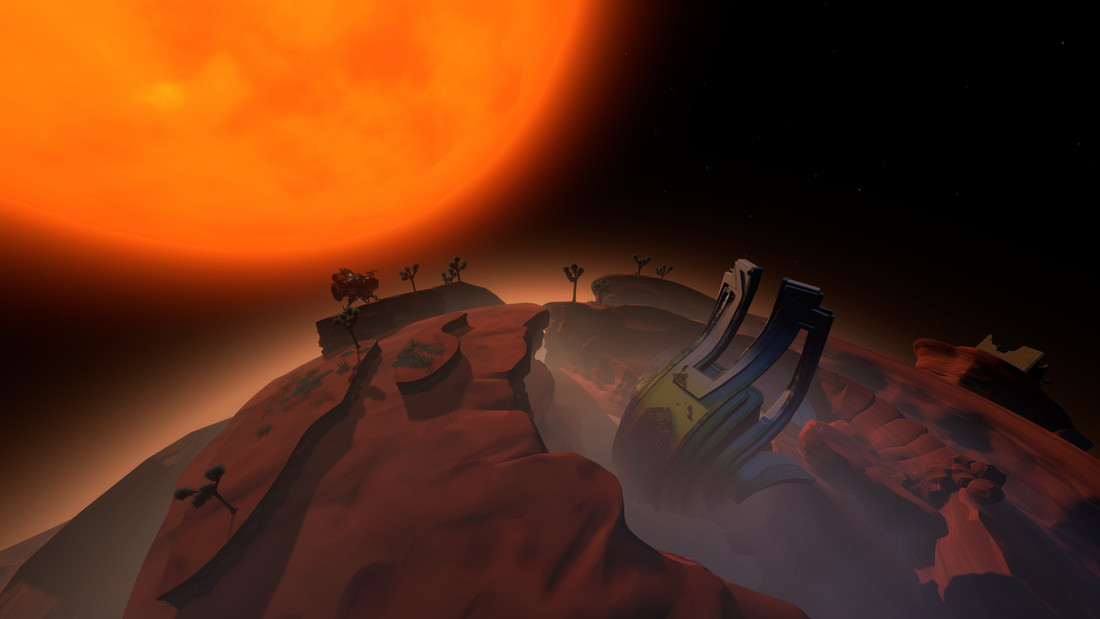 Oh wow. I really didn't know much going in other than a time loop and a supernova were involved. This game is amazing. Absolutely wonderful atmosphere, beautifully designed combination of mystery and exploration. Really well done on every aspect except occasionally the mechanical difficulty.

There are some sections -- especially the very final one to end the game -- that are just super hard. If you're not a hardcore gamer (and despite the amount of hours I've put into this hobby, I'm not) and just intrigued by the exploration and visuals and got recommended this, you'll muddle through the vast majority of the game somehow. But there will be a few sections that will just put a massive road block in front of you that you might never be able to get through.

And one of them is necessary to finish the game properly. I have recommended this to a friend who's absolutely no stranger in gaming and he had such a hard time it poisoned everything good (and the good stuff is absolutely amazing) about his experience. Just pretty much soured the whole thing. He's spent weeks on this one stupid endgame challenge. 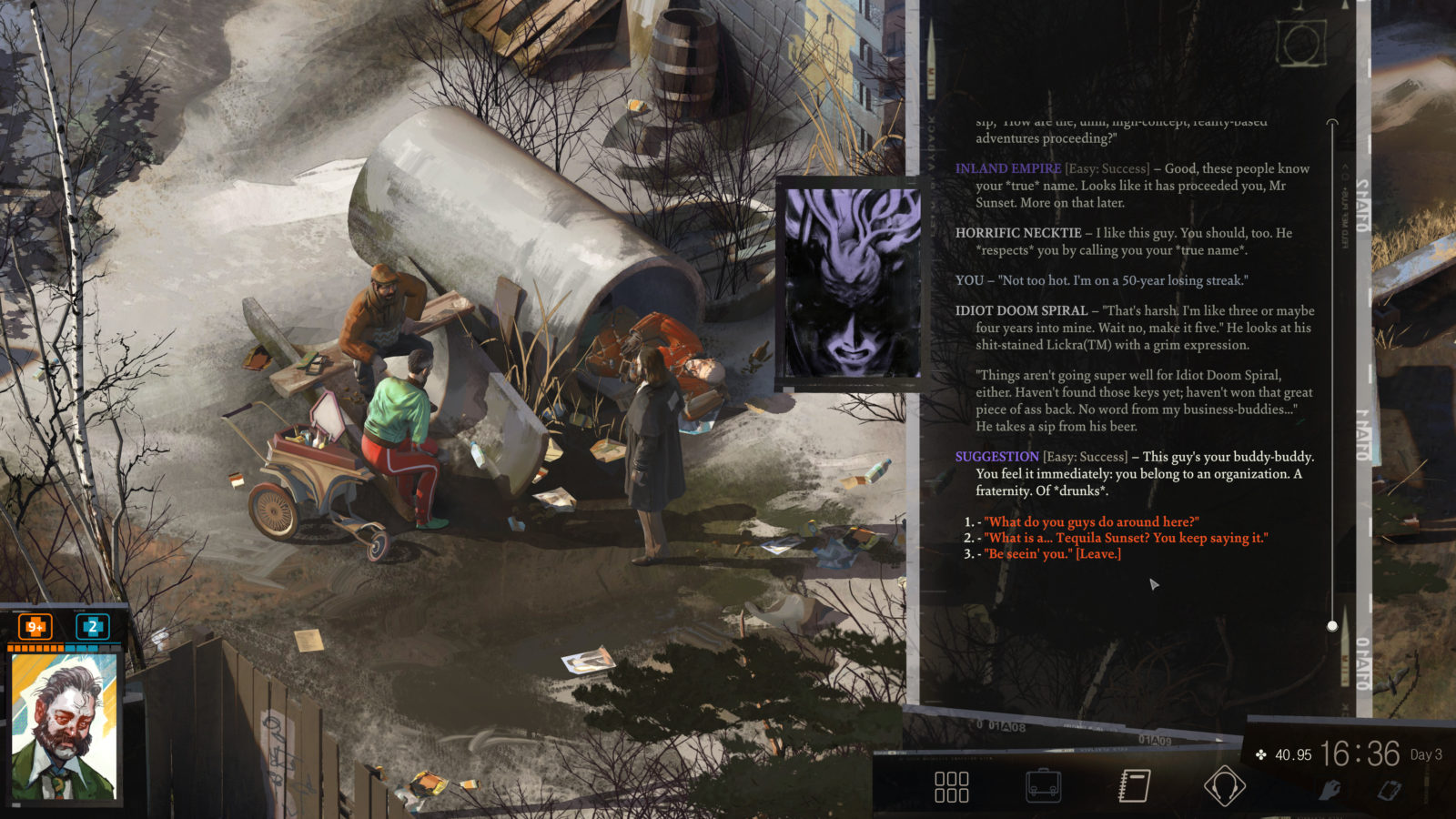 Holy shit. This is the true successor to Planescape: Torment, my favourite game of all time. Disco Elysium is so good. It's the first game I can think of that genuinely takes all the good things from the RPG genre, leaves the bad ones in the dust and makes something that's coherent and amazing.

Remember that "hey it's an indie RPG, you can't expect much!" line from earlier? Went completely out the window with this indie RPG.

I loved the writing and the world. Great characters, too.

But there's another layer to this that I'm super excited as a wanabe game developer: the things that were left out. I love RPGs and I'd love to make some someday. But they're basically the most complex games to make. They tend to take a hundred hours to complete (as a player), they've got huge maps, insane skill trees, hundreds of items. Characters, item descriptions, books, dialogues. And combat. Every RPG has a combat interface, my least favourite part of pretty much every RPG I've ever played.

Disco Elysium removes it. There are action scenes, but no combat screen, no skills specifically about combat. You're not a murdering hobo party looking for loot. I mean, your character kind is a hobo and he had killed people...

It's got no dungeons (I mean, there is this one underground area of a building), no trash inventory items (though a lot of your inventory literally is trash OMG there's depth to this I hadn't appreciated when playing), you don't have a sprawling world to explore -- it's all isolated into a single district.

And what that means to me is: it is possible to write smaller-scale RPGs that still work. You can cut some of the seemingly fundamental aspects, you can shrink them and still can have a good game.

Oh and honestly, I'd appreciate slimmed-down RPGs as a player too. Something that has the same vibes but only takes say ten hours to play? I'd love that. So this shows hope for the future too. 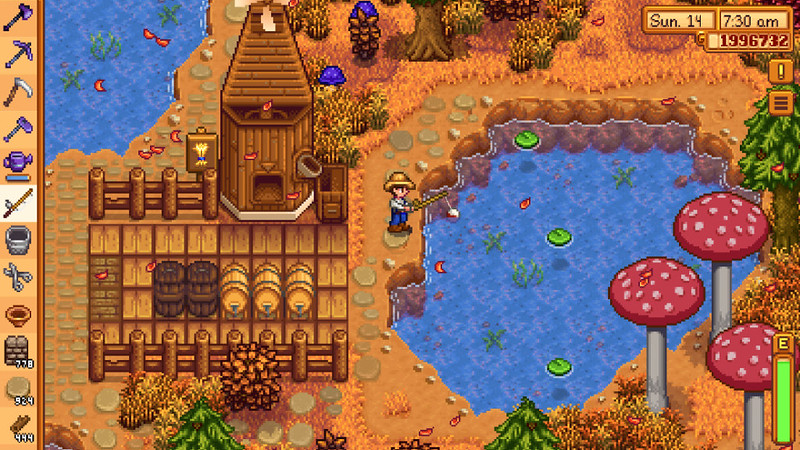 (image in public domain from steamXO)

I've been meaning to play this game in ages, but didn't get to it. Well, I finally did, kind of. Only played for a few hours at the end of December. I quite like it so far, but it's way too early for any real impressions.

That said, it feels quite relaxing.

This is a huge list and some of these are huge games. I will almost certainly not get through them all.

I would still also like to try West of Loathing and Minit (from the 2018 list), but time is scarce and games is many.